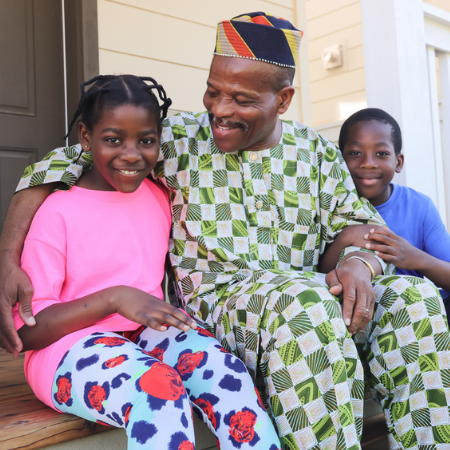 At Habitat for Humanity, we know that increasing access to homeownership is one of our most potent ways to redress systemic racism and injustice. That’s because it goes so far beyond walls and windows.

When people are denied the opportunity of homeownership, they’re also denied a host of positive social and economic outcomes that are associated with homeownership. Whole communities lose out on stability and vibrancy and engagement. Untold generations miss the chance at an incredible foundation for future success. Offer a chance at homeownership to a family priced out of the market, and you offer more than a stable place to count on. You offer an entirely new trajectory for that family’s future.

We have seen it over and over. Homeownership is a game-changer, particularly for families whom discrimination, rising prices, and a lack of supply have long pushed to the margins of the market – or out of the market entirely.

How We Can Build Housing for All

California Assemblymember Timothy Grayson – whose district includes Esperanza Place – is leading a coalition of fellow state legislators, the California Association of Realtors, the California Building Industry Association, and Habitat for Humanity California, united in a call for increased funding for the construction of affordable ownership housing. We urge the Governor to include in his May Revise Budget a substantive investment in increasing access to homeownership for more Californians.

“The funding that we are here advocating for today will support permanent housing solutions in California, it will help fix our broken housing ladder, and it will increase equity in the housing market by expanding opportunities for Californians to build equity in a home they own,” Assemblymember Grayson said in a press conference at the Capitol earlier this month.

Assemblymember Mia Bonta – who represents hundreds of Habitat homeowners from Oakland, over to Alameda, and down through San Leandro – recalled a childhood on the move, spent moving 13 times in 16 years. “I certainly know what it means to not have the stability of homeownership,” she said, adding, “I am very proud to be able to be a part of a legislative package that will ensure that homeownership can be something achievable for every Californian.” 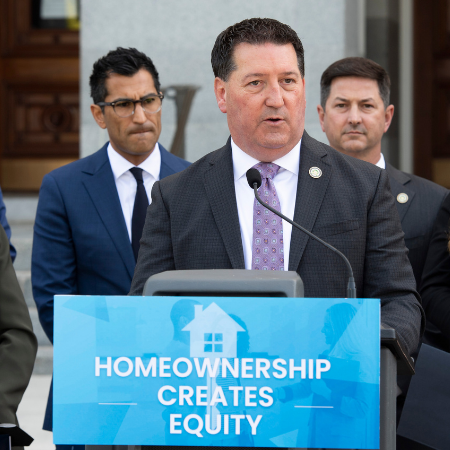 We stand with Mr. Grayson, our coalition partners, and a bi-partisan group of over 40 legislators in advocating for $400 million in funding for the production of affordable ownership housing – including $200 million for the CalHome program, a key Habitat funding lifeline. Habitat also supports an allocation of 20% of all new state housing funds to new construction of lower-income, owner-occupied homes.

“Increasing the supply of affordable homeownership is essential to permanently solving our housing crisis,” Ms. Arakel pointed out. “Together, we must stop perpetuating the wealth inequities and racial inequities, because California is denying lower income households access to ownership.”

Habitat believes in a robust housing environment with plenty of opportunity for people across the continuum to get and stay stably housed. This means investing in transitional housing, affordable rental housing, and – yes – affordable ownership. As Ms. Arakel says, “It’s a yes-and, inclusive approach.”

The current proposed State Budget for 2022-2023, however, does not reflect this holistic strategy to investing in affordable housing. Only $69.56 million is currently allocated for affordable homeownership programs, which is not even 3.5% of the funds slated for deed-restricted rental housing programs.

“It’s time,” Ms. Arakel said. “It’s well past time that we start insisting that affordable ownership be included in the budget to help achieve housing justice for all.”

Assemblymember Grayson agreed, encouraging, “Let’s not wait another year to invest in California’s future first-time homebuyers. Let’s use this State Budget to increase access to affordable homeownership and begin to turn the page on a long history of injustices that have denied too many Californians the opportunity to own a home.”