A Historic Win for Affordable Homeownership

On June 30, Governor Gavin Newsom signed the California state budget – and with that stroke of his pen, CalHome has been funded in the budget for the very first time. That means that for the first time in California’s history, our budget includes the single state program that funds the production of affordable ownership housing. With $250 million allocated in the 2022-2023 budget and $100 million in the year to follow, CalHome can help Habitat and others to build more homes that Californians can afford to own. 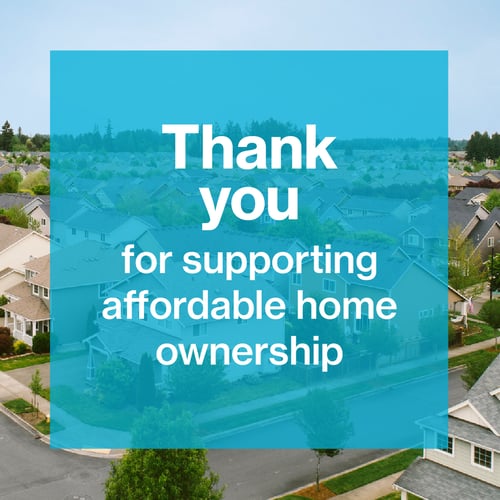 “Of course, we know that this means building a lot more than affordable homes,” says Janice Jensen, President and CEO of Habitat East Bay/Silicon Valley. “It means more California families building positive health, financial, and educational outcomes, along with generational wealth through homeownership. It means more access to homeownership for those of our neighbors who have for too long been left behind by homeownership due to a long history of housing discrimination.”

And it means a better California for all of us. More production of affordable ownership housing is a smart weapon against ballooning home prices and inflation. It’s the start of a turnaround for a state that’s fallen to 49th place in homeownership rates. It’s a California with more economic mobility, stabler communities, and better opportunities.

Habitat for Humanity California has been advocating along with a coalition of organizations determined to increase access to homeownership opportunities in our state, and the coalition has released the following response to this historic moment:

“The California Homeownership Coalition proudly supports California’s pro-homeownership provisions of the 2022-2023 state budget and thanks Gov. Newsom and the California Legislature for their leadership efforts. These vital housing budget items not only mean more hard-working families can afford to purchase a home; they also unlock a host of positive benefits that come with homeownership. They open the door to true housing security, better health outcomes, strides forward in education, and wealth-building that creates generational legacies — particularly for communities of color still facing disproportionately low homeownership rates because of decades-long discriminatory housing practices.

Specifically, we commend the inclusion of $250 million for CalHome, which acts directly to increase the supply of affordable ownership housing, and $500 million for Senate Pro Tempore Toni Atkins’ new California Dream for All Program, which will make homeownership more attainable to the state’s working families to achieve homeownership and support traditionally underserved communities as they build generational wealth that has for too long been out of reach.

Whether you contacted our state leaders or spoke up at a hearing, talked to friends and family or spread the word on social media, you helped make this happen. Thank you for being a part of this momentous change.

Click here to thank our state leadership for the vision and political will it took to reach this milestone.