Affordable Housing by the Numbers 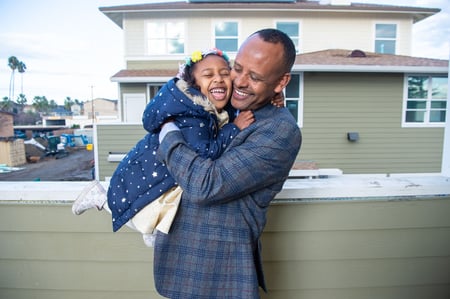 First, it’s the numbers behind the people. Habitat families earn limited incomes, and they pay no more than 35% of their monthly income toward the housing costs for their Habitat homes – from their mortgage, taxes, and insurance, to any homeowner association dues and a reserve for home maintenance. Frequently, our families are coming out of situations in which they pay the majority of their income toward (often substandard) housing, leaving little breathing room for other daily necessities, to say nothing of saving and investing in the future.

Then, it’s the numbers behind the homes. To make those affordable mortgages possible, Habitat must subsidize the difference between what a family can afford and what it costs to build. This means that for each Habitat home, we must fill a gap of hundreds of thousands of dollars. It’s never been an easy task, but it’s one made all that much harder in recent years.

The cost of everything from materials to labor to land has climbed precipitously; it’s simply never been more expensive to build. Combine that with public policy that hurts affordable housing – like the 2011 elimination of local redevelopment agencies that killed over $1 billion a year for cities to build that housing – and a general shortage of government subsidies, and you have a steep hill to climb.

But at Habitat, we do what we always do. We build.

This is where the number of volunteers and donors comes into play- it’s the number behind their impact! We build support by raising our voices in favor of smart public policy that supports affordable housing. We build strong communities by preserving affordable homeownership where it stands. We build firm financial futures through Housing Counseling. And we build our own foundation by reaching out to our community. We look to our volunteers, donors, and partners to help us meet the challenge of building past those daunting numbers. 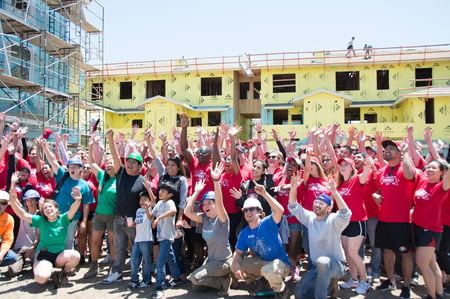 And meet that challenge, we do. Because while we have steep numbers to overcome, we also stand on some impressive numbers as well. We are part of a global movement that has served over 22 million people. Here at home, we’ve served over 9,000 – over 1,000 in the last year alone. Check out 2018 annual report for more numbers behind our impact.

Those numbers produce yet more numbers. We saw in a recent Social Impact Study that homeownership through Habitat has resulted in incredible gains – like the 70% of Habitat homeowners who reported improved health in their new homes, the 73% now able to save or buy extras, or the 87% of Habitat kids graduating from high school, besting the national average. Our Economic Impact Study shows that in our history, each donor dollar has been leveraged into over $20 of economic impact.

We are serving more people at Habitat for Humanity than ever in our history, and we have robust pipelines that promise to grow that number in the years to come.
The need for affordable housing continues to grow. You can help us fill that need by filling in one line on your California tax return this year. By donating as little as $1, you can help Habitat combat the housing crisis around the country. Just designate the Habitat for Humanity Voluntary Tax Contribution Fund on line 437 on your California tax return, and start building more today.

Dollars and cents aside, it comes down to the same moment, over and over. The moment we put house keys in the hands of new Habitat homeowners, eager to build their families’ futures on the foundation of affordable homeownership. And so we build.