Ask a Habitat homeowner about their experience, and you’ll often hear them say, “It’s been a journey.”

And that’s because our families have worked hard toward their goal of homeownership, sometimes enduring years of rental instability or substandard living conditions before partnering with Habitat East Bay/Silicon Valley. 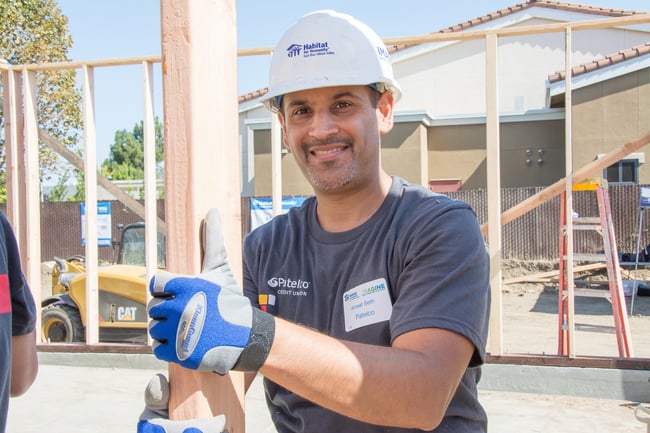 Once they’re Habitat families, they put in more hard work – physically and mentally – as they knock out hundreds of sweat equity hours on the construction site, along with the Housing Counseling they take part in to prepare themselves for homeownership.

That’s the journey that comes to mind as we prepare for Cycle of Hope, our inaugural cycling event, which takes place in Palo Alto this November 3rd. When a cyclist crests a hill to take in a stunning view, we see the homeowner who holds her house keys in her hand for the first time and envisions her future in a new light.

That’s why we’re so proud to announce that Patelco Credit Union has signed on as our Presenting Sponsor for the 2018 Cycle of Hope.

As an organization that prides itself on “moving you forward, faster,” Patelco Credit Union’s mission makes a terrific companion to our first-ever benefit ride. As our cyclists will be on the ground, pedaling for affordable housing, Patelco Credit Union will be supporting the cause alongside them. Thank you, Patelco Credit Union, for continuing to move us forward, toward our vision of a world where everyone has a decent place to live.

Click here to join Patelco Credit Union and the hundreds of cyclists who will be part of this movement.