This year, Roda celebrated the five year anniversary of the day her mother was handed the keys to their Habitat home in Sunnyvale. In those five years, Roda has gone from the teenager standing at her mother’s side that day, to the first in her family to graduate college. 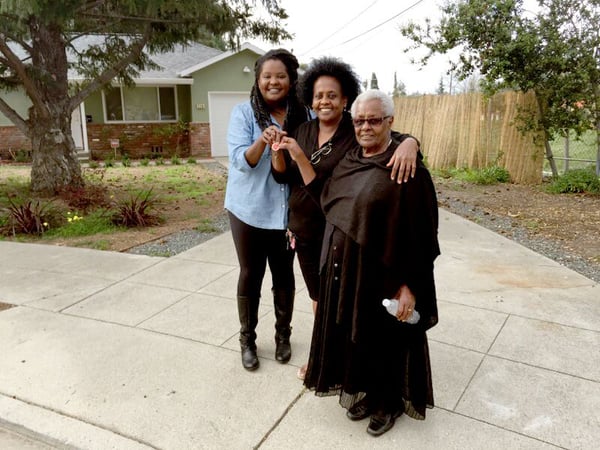 Although it’s been years, Roda says, “We feel amazing. Honestly, we are still shocked to this very day that we are homeowners.” Roda still remembers vividly the strain and anxiety of living in Section 8 housing, saying, “We were constantly in fear.”

Since becoming a Habitat family, though, life has changed dramatically. It’s in the simple things like the backyard where they host family gatherings, and the new patio they’ve built. It’s also in the big things. The “biggest change,” according to Roda, has been “stability.” Roda remembers the stress her mother endured before they became homeowners, “with the constant rent increases and Section 8 regulations… We were living check-to-check with no kind of savings.” Now, as homeowners, Roda feels her family has grown stronger and healthier.

Another feeling Roda credits to homeownership: “the mental and financial freedom we needed.” For Roda, that meant “the confidence to be able to spread my wings and go on to college without fear of my family being disqualified from Section 8.” And spread her wings, she has. Roda recently graduated from Sacramento State University with a degree in Psychology and a minor in Deaf Studies. Now, she looks to the future, which begins with an internship for which she was just accepted, with the California Coalition for Rural Housing, ensuring affordable housing for low-income, rural communities. “I am from the underserved community,” Roda points out, “and I have seen firsthand how far one can go with a little bit of help.” As she builds her career, she says, “I hope I can do what was done for my family and me – for others.”