On any given weekend, you might find Silvia Valdez and her three children at her parents’ home in San Jose. It’s Silvia’s hometown, the home in which she grew up, where she and her siblings often gather with their families. Soon, though, you’re likely to find them out on their own deck or enjoying the quiet space of their own bedrooms. 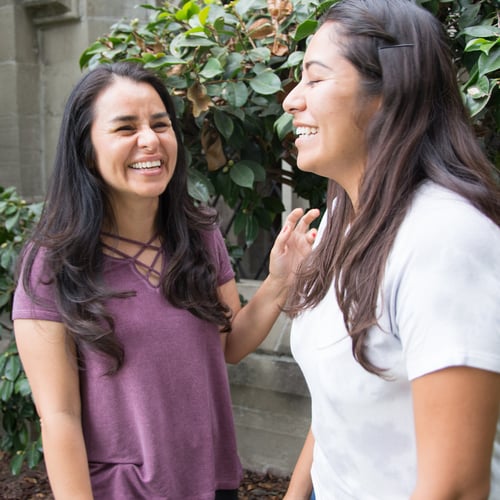 That’s because Silvia – along with 25-year-old Silvia Marie, 20-year-old Jonathan, and 16-year-old Aliyah – is on the verge of becoming a Habitat homeowner, set to hold the keys to her new home at Central Commons in Fremont.

The children have grown up in Fremont. It’s the community they have called home since 2000, and one they can’t bear to leave. But this is far more than a move across town. Just months ago, Silvia was afraid the rising rents would push her family out of the area in the pursuit of affordability.

“They were panicking,” Silvia says of the kids. “They were saying, ‘We don’t want to leave Fremont!’”

But Silvia knew their living situation wasn’t sustainable, with three adults and a teenager sharing two cramped bedrooms and one small bathroom, and the rising rent was straining the family’s income. Personal space and privacy were unimaginable, but the prospect of leaving their community was even harder to envision.

When Silvia learned about Habitat back in 2012, she didn’t initially qualify for the Homeownership Program. “I never gave up!” she remembers, setting her mind to securing a job with higher income and eventually qualifying. Last fall, she learned that she and her family would own one of the homes at Central Commons.

As move-in day nears, everyone looks forward to some personal space. The whole family can’t wait to get painting. “Something instead of just white!” Silvia cries, saying of their current rental, “Everything’s white!” And, not to be overlooked, “There’s a washer and dryer inside!” Silvia gushes. “Now, that’s exciting.”

Most of all, Silvia can’t wait to have a home of their own. “It makes a big difference,” she says. “You can’t really win with renting. There’s nothing you can really do. You just live in it, that’s it. It’s not yours.”

But soon, a home at Central Commons will be theirs. Silvia will give her family the stability she knew as a child, growing up in the Bay Area, rooted in the community that they love.