We often talk about Cycle of Hope as two journeys in a single ride. Our cyclists ride not just for the journey they’ll take, but also for the journey they chart for families here in the Bay Area. Families working to build futures on the firm foundation of affordable homeownership. When a cyclist rides Cycle of Hope, every push of the pedal takes us further on each journey. 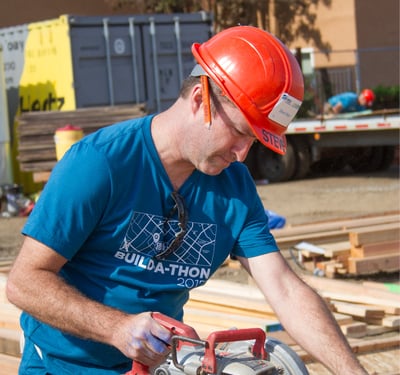 For some riding Cycle of Hope, though, that connection is even closer to home – literally. Steve and Elaine Hays have owned their Habitat home in Morgan Hill for eight years. Steve, Elaine, and their three children will be on their bicycles on November 3rd, 2019 riding along with the rest of the community. As they ride, they’ll be reflecting on their own journey to homeownership, and smoothing the road for more Habitat families to join them.

LEARN MORE ABOUT THE 2020 CYCLE OF HOPE: RIDE FROM HOME

For Steve, especially, the cycling journey is an echo of his personal journey as a Habitat homeowner. “There is the preparation and training and the work up to the ride,” Steve says. And similarly, as he points out, “the building that happens before you are handed the keys to your house on move-in day.” And with both journeys, Steve says, “there is the maintenance and repair that happens afterwards.”

Steve certainly knows plenty about both kinds of preparation and maintenance. He’s an avid cyclist. “I have always ridden a bike since I was a kid,” Steve says. But around the time he became a homeowner, he was also given his first road bike and began taking it out for exercise. “Then, I got a job in the bike industry,” he says, “and got a nicer, faster road bike. I was riding a lot during those times, increasing to the point where I was riding up to 200 miles a week.” And though he’s recently had to cut down his riding time, he says, “I am getting back out there and finding the joy I still have to get on the road.”

After riding the 32-mile Intermediate Course at last year’s Cycle of Hope, Steve is gearing up for the bigger challenge of the Metric Century at this year’s ride. “I have laid out a plan on a calendar that starts with small distances, and then increases in distance, so that I ride almost 62 miles a week before the actual ride day. I also try to eat healthy and do other weight training and stretching to keep my joints loose.”

On ride day, he knows his routine is solid to get prepped for the journey. “I check over all of my gear and make sure I have everything,” Steve says. “Water bottles, a repair kit, patches for flats, lights. Then I inspect my bike and make sure that there is nothing to worry about during the ride. Air in the tires, the brakes work, and a lubed chain are the basics.” 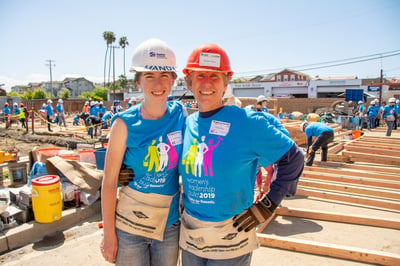 It’s not unlike his preparation for homeownership, Steve points out. There were homeownership classes to complete, as well as what looked like a mountain of sweat equity hours to put in – over 500 hours on the construction site were required. “When we looked at the amount of hours we needed, we felt a bit of a panic,” Steve remembers. But, that’s where the calendar came in handy, too. “Once we had a schedule put together, including our two older sons building with us, we were able to surpass the hours required and do over 1,300 hours.”

And much the way Steve checks his bike over and keeps it maintained and in great shape for the journey, he and his family ensure their home can house more memories for years to come. Whether it’s keeping the garden healthy, the paint fresh, the windows clean, the plumbing running smoothly – Steve and his family are sure to keep their home ready for the long haul, too.

The Hays family has always paid it forward for future Habitat families. Usually they’re in hard hats, swinging hammers to build more homes. They’re trading those hard hats in for helmets this November 3rd, 2019 and they’d love to have you along for the ride.