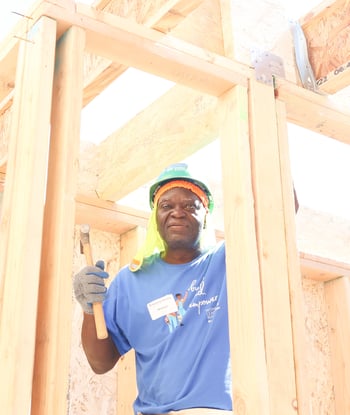 It's obvious from the moment you meet him that Michael is a people person. He's someone who never met a stranger, a wave and a greeting at the ready for every passerby. It makes sense for a man with decades of experience in the hospitality industry, that even now at 68 years old and largely retired, Michael still finds purpose in connections with others.

It's the people closest to him, though, that are Michael's clear driving force. It's only minutes into a conversation with him before his phone is out, scrolling through photos of his three children and six grandchildren. When Michael talks about becoming a homeowner at Esperanza Place, he has almost nothing to say about his own aspirations - aside from "oak. I love oak. I just want all oak furniture, something sturdy that will last." Sure, it means that he won't have his current concerns about his apartment being sold, or living above a noisy bar. It means some distinct pleasures he looks forward to, like living right on the Iron Horse Trail, being close to BART, and grabbing coffee in the neighborhood. But for Michael, family comes first.

"This is all about the kids," he says. "This isn't really for me. If I'm lucky, I might live in the house 20, 25 years. But this is for my family, something that is theirs. This could help send my grandchildren to college." And for someone who gushes about his granddaughter's new backpack for her first day of school, and reworks his calendar so that he can attend events and ballgames for all six little ones - it's easy to see the motivation.

It's central to his identity, being a provider, a caretaker, and a positive example. Rooted in a childhood that began on tribal lands in Arizona and a move to San Francisco for middle school, Michael was "on the first yellow bus to an all-white school" when the city adopted a busing program in the 1970s. He still remembers "the looks on the kids' faces" when he disembarked to a wary student audience. True to his nature, though, Michael was recruited as a running back to the school's football team, and it wasn't long before he was surrounded by friends. Michael went on to tend bar at the historic St. Francis Hotel, "the first Black bartender at a major hotel in the city," and he continued to blaze trails and break barriers over the course of his career. Still, it surprised him to learn that his younger brother observed his achievements and looked up to him. It made him mindful that he might be regarded as a role model. 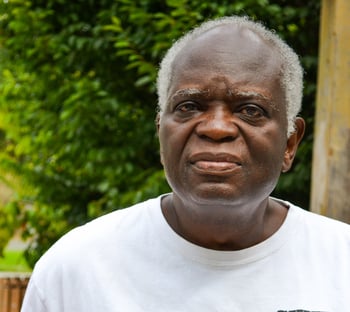 He wants to shine the same light for his children and grandchildren, and achieving homeownership is one way he plans to do it. He knows it sounds cheesy, he says, "but I want to be somebody's hero." He thinks about what his family will learn by watching him - a year and a half of hard work to shore up his finances and qualify for a Habitat home, followed by hundreds of hours on the construction site to help build his future neighborhood, while diligently saving towards future expenses. It's as he always tells his family: "You can't give up. You've got to set your mind on your goal and then break it down and just do the work. Don't give up."

But for now, he's doing what he does best. Nurturing connections among fellow homeowners, making fast buddies of Habitat staff and volunteers, exploring the social clubs in Walnut Creek near his future home. And, of course, being a partner, a father, a grandfather, a brother, and a friend to all.